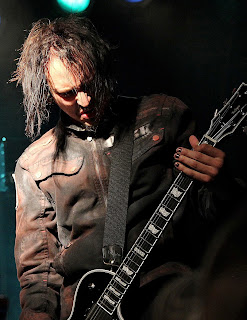 
Since Nick's inception into PM5K in 2012, they have already completed massive festival and headlining tours in China, Canada, Europe and the USA.

PM5K released a full length album "Builders of The Future" May 27th 2014 on T-Boy Records which features songs written and performed by Nick and Spider One.